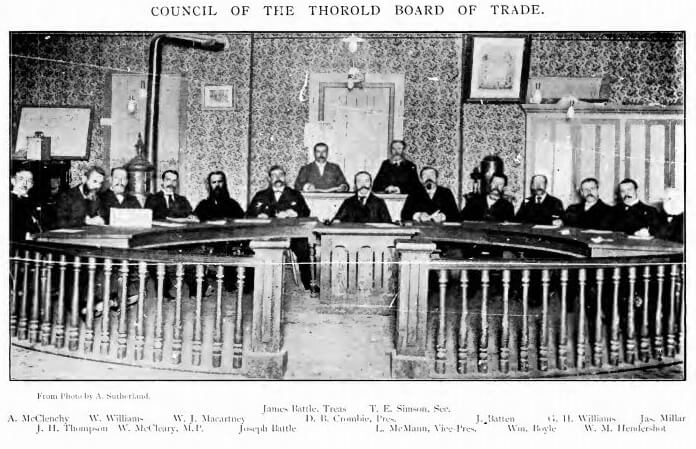 One week before the Montreal Hockey Club won the first Stanley Cup, the Thorold Board of Trade was launched on March 17, 1893. The Government of Canada granted the charter in April and the inaugural meeting was held on April 27, 1893. The Board of Trade’s mandate was to promote the agricultural, industrial, social, and economic welfare of the community. It also acted as a sounding board for public opinion on matters pertaining to the welfare of the Town and Township, and maintained an interest in provincial and national affairs. The first council was comprised of many prominent business leaders of the day, including a few who would go on to become Thorold’s future mayors, such as William McCleary and Joseph Battle, to name a few of the 49 charter members.

Thorold was quickly becoming the major industrial hub of the Niagara Region and as such, the Board of Trade was seen as the major uniter of the business community’s message to not only the then Village and Township of Thorold, but also far beyond those borders.

A former member was recognized by the Board on November 27, 1935, when former Thorold resident Sir Edward Beatty was formally honoured by the Board having been recently knighted by King George V, for Beatty’s contribution to the development of the nation’s transportation rail system in his role as President of the Canadian National Railway company.

Thorold has always been seen as the centre of the Niagara Peninsula where today, it has become the major hub for all transportation methods, including the Welland Ship Canal and its loading dock facilities, rail, and highway routes. The 2021 Canada Games, Brock University, and the Regional Municipality of Niagara are all now located centrally, having easy access to all Niagara municipalities and services.

While still based in the City of Thorold, the Niagara Board of Trade and Commerce has transformed to recognize the expanding needs of the region’s business needs. Niagara’s communities have outstanding Chambers of Commerce and we are especially proud of our partnerships with the Chambers of Niagara Falls, Port Colborne, Welland / Pelham, Fort Erie, West Lincoln, Grimsby, Wainfleet, and Niagara-on-the-Lake. Working together has become our trademark.

Thank you, and have a great business day!

Niagara Board of Trade & Commerce 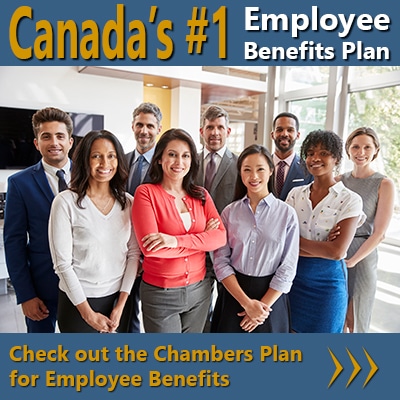